Charlotte Stands Up for Leaseholders

My latest newsletter covers my work in the month of November where I've been working hard for Warrington North on issues from COVID-19 Tiers to Rugby League and from Promoting Equality to Supporting local industries.

I am pleased that Warrington was placed into Tier 2 and that some of the restrictions are going to be lifted next week. In particular, it is good news that pubs, as a place of communal gathering at the heart of our community, are allowed to reopen. Nonetheless, the ’substantial meal requirement’ and ban on household mixing still creates substantial challenges for pubs and companies in their supply chains. This makes it all the more prescient for the Government to provide a sectoral deal to support pubs.

It is also good news that some spectators will be allowed back into sports venues, as many Warrington Wolves fans and football fans cannot wait to get back to their stadia. I will continue to fight for a fair funding deal for Warrington in the face of these restrictions and for the Government to devolve Track and Trace locally to end the chaos we saw in the autumn.

See my speech to the House of Commons on this:

Fighting for a fair deal for our local economy has been one of my top priorities this month. In a speech to the House of Commons last week I stood up for the energy industries in our town, which have been badly let down in recent years. We were promised an Energy White Paper in the summer of 2019 but we are still waiting- the 4,500 nuclear workers in Warrington North deserve far better.

Later in the month the Prime Minister announced a ten-point plan on the environment, which included a commitment to developing the use of Hydrogen for energy. I called on the Government put its money where its mouth is and will continue to In this Wednesday’s Comprehensive Spending Review, the Government has the opportunity to fight for us to the growth of the Hydrogen sector locally.

I made this clear to the House of Commons in this speech:

I was very pleased that the Government announced £12 million in additional loans for Rugby League. I have been constantly in the ear of the sports minister about this and I am pleased that he has listened. If there is a need for more money in 2021, not least to support the World Cup, I will be making the case to ministers again. After all, they have found £135 million for Rugby Union! 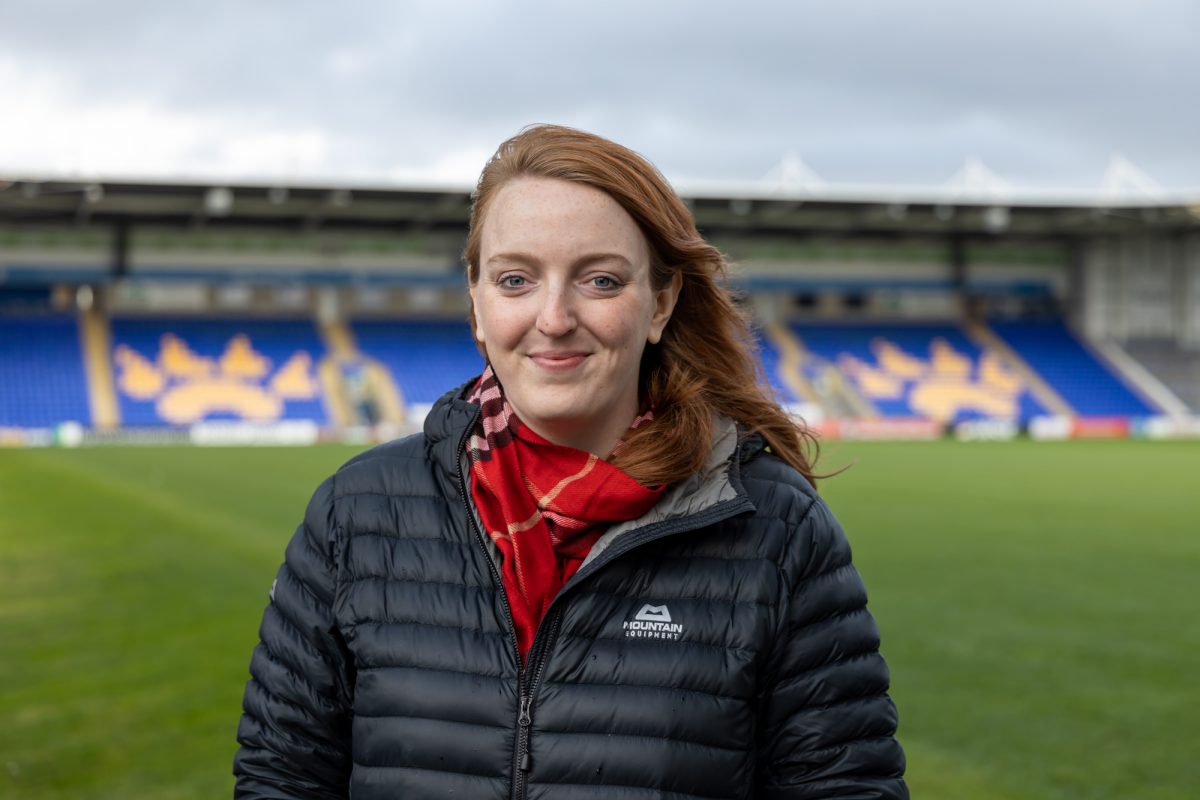 I was delighted to have been appointed to serve as the Shadow Minister for Women and Equalities this month. In this role I will hold the Government to account, ensuring that it builds a more equal society for people in Warrington and beyond. In my despatch box debut I spoke in the debate on International Men’s Day, raising the disproportionate mental and physical health issues faced by men as well as issues in education and homelessness.

In Women and Equalities Questions the week after, I raised the issue of over 600,000 people in work who are clinically extremely vulnerable being told they should work from home but not being entitled to furlough, leaving many disabled people are having to choose between their lives and their livelihoods. As Shadow Minister for Women and Equalities I will continue to hold the government to account on this.

In the week after my appointment I had the privilege of speaking at the Cheshire Fire and Rescue Service ‘Proud to Provide’ Conference. Since being elected I have seen the amazing work that Cheshire Fire do not only in keeping our community safe, but in ensuring that all their employees can bring their whole selves to work- something they have been recognised by Stonewall for as being one of the country's leading LGBT+ friendly employers. 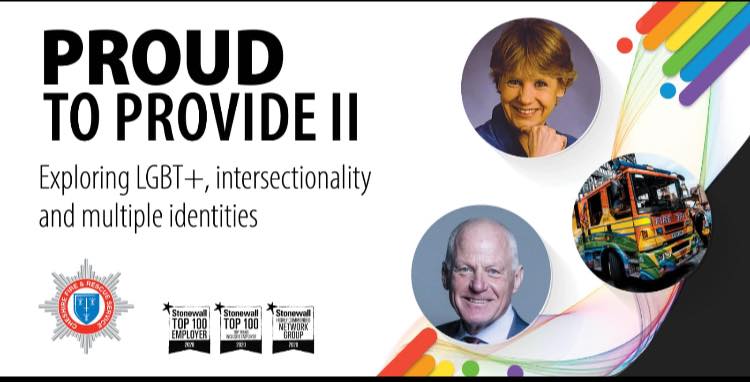 I was delighted to have been elected to serve as the Chair of the All Party-Parliamentary Group on Pubs. Following his speech to the House of Commons on new COVID-19 regulations, I asked the Prime Minister to step up and provide a sectoral deal to support pubs. Pubs have been absolutely battered in this crisis and deserve better than to have to wait until Thursday to know whether or not they can open. This also has a significant impact on manufacturers and breweries, something that is particularly close to home in Warrington North.m

See my question to the PM:

I questioned the Housing Minister on the situation where leaseholders are liable for remedial works to make their home safe. The principle here is simple. If somebody bought an item with inherent faults they shouldn’t be expected to pay for repairs. I’ve heard from many Warrington North residents who are in this position and I will fight tirelessly to ensure they get a fair deal. A commitment from the Minister to partially help whilst talking about not signing ‘blank cheques’ is not good enough. Leaseholders deserve better.

During Respect for Shopworkers Week, I visited the Co-op in Culcheth with representatives from the trade union USDAW and The Co-operative. They discussed the Freedom from Fear campaign, the unacceptable rise in abuse and assaults on shopworkers during Covid, and the petition to protect our retail keyworkers. Charlotte has raised this issue a number of times before, including in a Westminster Hall debate in February. The campaign has a petition to 'protect retail workers from abuse, threats and violence which can be found here: https://petition.parliament.uk/petitions/328621 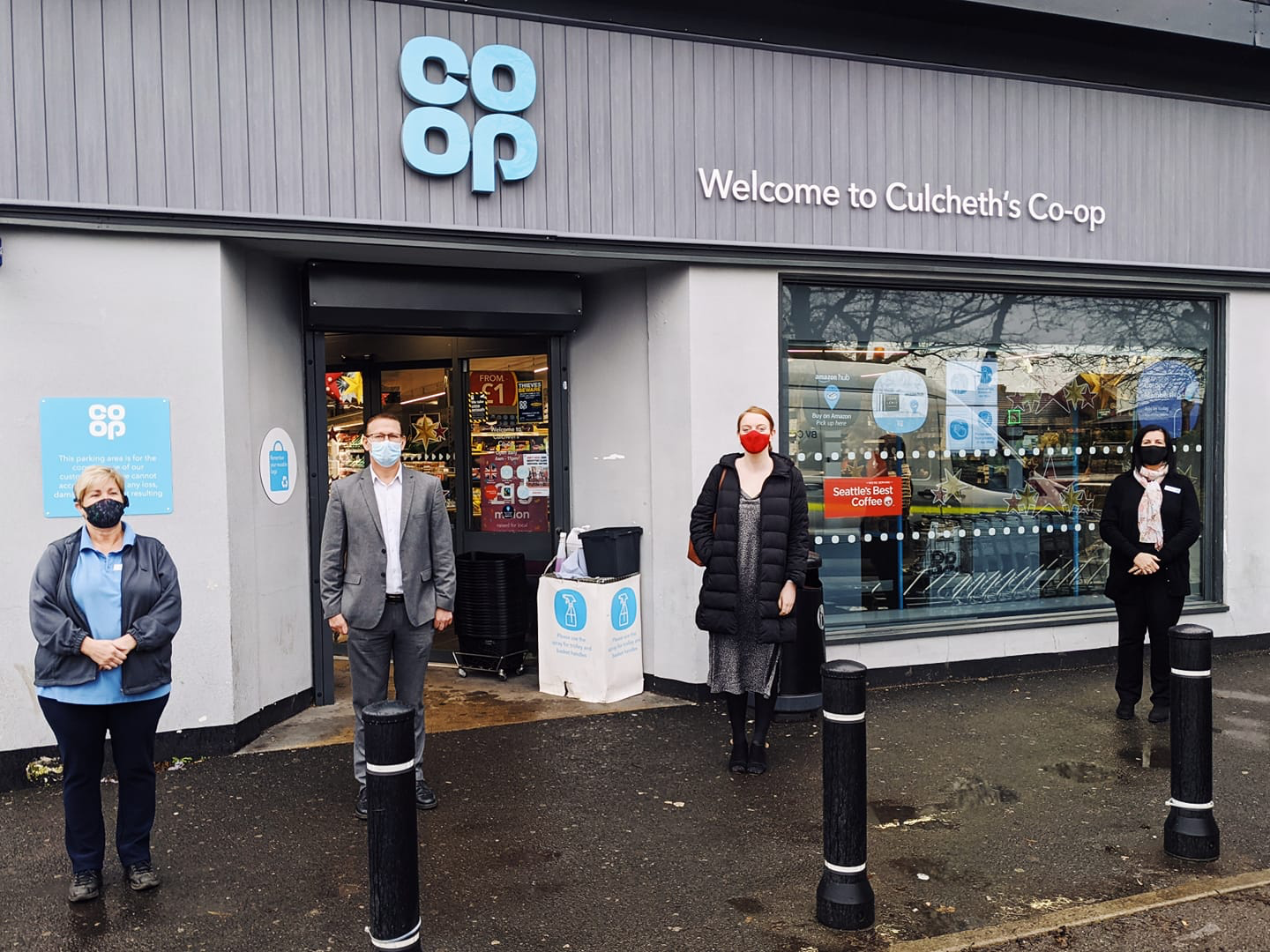 It was fantastic news that as part of the Culture Recovery Fund, the RAF Burtonwood Heritage Centre at Gulliver’s World has been granted £28,900. This is crucial funding for such an important heritage site. I look forward to visiting as soon as the rules allow, and to hosting other Parliamentarians and members of the armed forces through the Armed Forces Parliamentary Scheme to celebrate RAF Burtonwood's inspirational history and continuing legacy. I will continue to fight for all organisations in Warrington North to get the financial support they need to get through these difficult times. 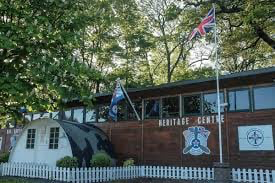 Millions of people rely on continued access to cash, but there are thousands of jobs at stake in the cash supply sector as the pandemic is accelerating the decline in its use with many places not accepting cash as payment at the moment. Shockingly the Bank of England don't know where almost two thirds of the country's cash is- leading to fears it could be being used in the so-called "shadow economy" including by criminal gangs. I asked the Chancellor of the Exchequer about this in his ministerial statement on the future of financial services.

November was a tough month for all of us but I’m incredibly proud of the work that Warrington North residents have done to drive down the spread of COVID-19 and to support those in our community who need it most. I’ll be reporting my final Warrington North Newsletter of the year in a few weeks as we look ahead to 2021.