Visit to St Andrew’s Primary School in Orford for #UKParliamentWeek

I was recently invited to tour Moltex Energy’s new facility, which is located in Birchwood.

During my visit, I was able to witness the technology developments underway which have the potential to solve climate change.

The ongoing research is helping to validate Moltex’s cutting-edge stable salt reactor (SSR) design, which is smaller, simpler and safer than conventional reactors, offering the possibility of faster deployment at a lower cost.

During the visit, Moltex introduced me to its fast-growing team of scientists and engineers carrying out research at the forefront of reactor design. I was also given a tour of the laboratory and a live demonstration of some of the experiments and tests that are in progress.

I was delighted to see first-hand the fantastic research and innovation occurring right here in Warrington.

The team at Moltex is focused on bringing forward technology that can fight climate change and help us reach our net zero goals.

It was wonderful to see the next generation of scientists, engineers and technicians forging their careers in Warrington.

It was great to visit the laboratory only a few weeks after Moltex was recognised as one of 39 ways to save the planet by the BBC.

These activities and recognitions help put Warrington on the map.

The SSR is a high-temperature, molten salt reactor. There are two SSR variants distinguished by fuel type, with one using low-enriched uranium and the other using recycled nuclear waste.

The latter is being developed for locations with existing reactor operations and spent fuel stockpiles.

Both variants can produce grid-scale power and high-temperature heat, which can support the production of clean, low-cost hydrogen, which in turn can be used to create low-carbon fuels for decarbonising transport and industry. 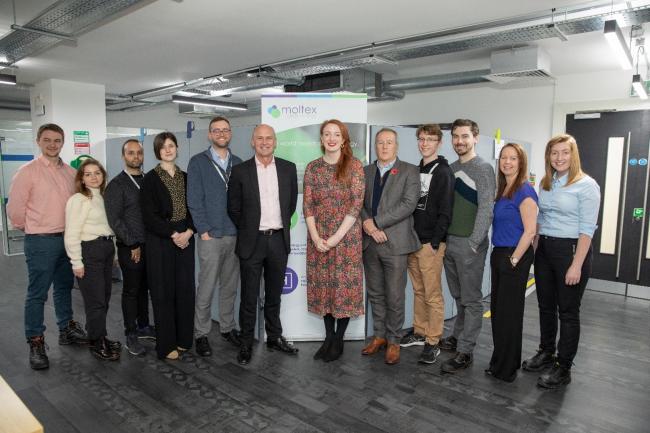