As it is National HIV Testing Week Charlotte completed a HIV self-test from the charity Terrence Higgins Trust.

It is estimated that 6,700 people in the UK are living with HIV undiagnosed. The UK, Welsh and Scottish Governments have committed to ending new cases of HIV by 2030.

The impact of HIV/AIDS on a group of young people in the 1980s is explored in the Channel 4 drama ‘It’s A Sin’ written by Russell T Davies and produced by the Manchester-based Red Production Company.

The show has broken Channel 4 streaming records, and raised vital awareness about HIV and AIDS, leading to the largest ever numbers of people applying for tests in HIV Testing Week according to figures from the Terrence Higgins Trust.

“This week is National HIV Testing Week so I completed a HIV self-test. It was very quick, easy and painfree!

It is crucial that we end the stigma associated with getting a test for HIV so that we can end new cases of HIV by 2030. It's important to know your status as effective treatments are available that stop you from passing HIV on.

The new generation of tests can be done in the privacy of your own home and give results in as little as 15 minutes, so what are you waiting for? The Terrence Higgins Trust is there to support you, whatever your result!" 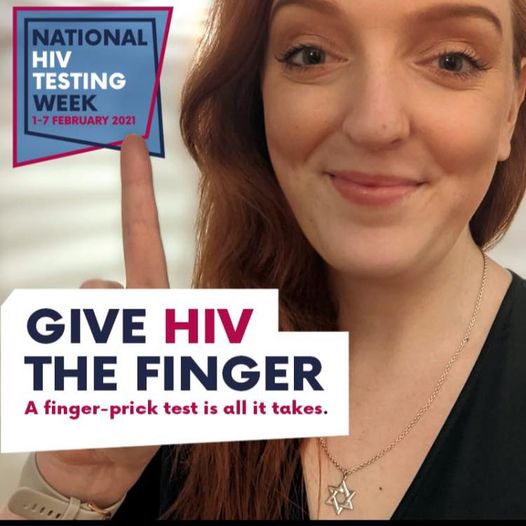